The skill with which the Clintons went from “dead broke” when Bill Clinton left the Oval Office to being wealthy enough to be part of the one percent has become the stuff of legend. Their main source of income has been paid speaking gigs, especially by the former president, and contributions to the charitable foundation that the Clintons run.

As the Washington Examiner reported 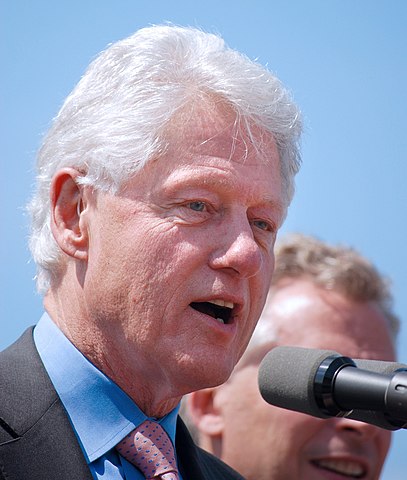 , the Clintons entrepreneurial activities have given rise to the suspicion of a conflict of interest, especially after Hillary Clinton became secretary of state. A pattern exists of foreign governments and corporations giving money to the foundation or giving Bill Clinton a lucrative speaking engagement and then getting favorable treatment at the State Department for one matter or another. It does not help that some of these generous contributors are some of the worst actors on the world stage.

Now, the Washington Free Beacon reported that in June 2012 Bill Clinton sought permission from his wife’s State Department to give a speech to a group called the National Iranian-American Council, a group widely considered to be an unofficial lobbying arm of the Iranian government. Top of the agenda of NIAC is the ending of all economic sanctions against Iran. Even though Clinton never gave the speech, the revelations raise some uncomfortable questions for Hillary Clinton’s campaign for the presidency.

Hillary Clinton has warmly supported the Iran nuclear weapons deal that President Obama has recently concluded with Tehran. Part of the agreement includes the lifting of all economic sanctions, which will give the Iranians an immediate $150 billion windfall and access to make more money exporting oil and making other deals with western business interests.

Within weeks of Bill Clinton’s request, in July 2012, one of then-Secretary of State Hillary Clinton’s top aides, Andrew Sullivan, began meeting in secret with Iranian diplomats. The talks eventually led to the controversial Iran nuclear weapons deal. Incidentally, Sullivan was one of the State Department officials Bill Clinton sent the email to, asking permission to speak before the NIAC.

On the one hand, the Clintons have plausible deniability. The speech was, after all, vetoed. On the other hand, the sudden flurry of diplomatic activity coming so soon after the request to speak before an Iranian-connected group is a cause of concern.

The Iran nuclear deal is considered the foreign policy equivalent of Obamacare, insofar as President Obama’s legacy is concerned. The deal shares one aspect with the health care reform law that will prove disquieting to its supporters. It is wildly unpopular with the American people, with just 22 percent supporting it. The idea that a little corruption may have contributed to the deal does not help. If the deal goes sideways, in the form of an unexpected mushroom cloud, the results will be worse than horrible to all associated with it.