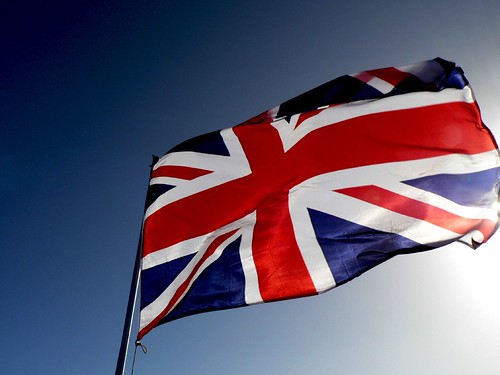 The United Kingdom (UK) is well known for its relative independent attitude. The country negotiated special clauses in its membership to the European Union. For example, the UK didn’t need to join the common currency, the Euro. However, for many Brittons membership of the EU is still too restrictive and an exit, a so-called “Brexit” is needed to guard its independence position and prosperity. Many Eurosceptics, in particular members of the United Kingdom Independent Party (UKIP), but also in the ruling Conservative Party, doubt the benefits of EU-membership and ask “What did the EU do for us lately?”. Therefore, the government, led by Prime Minister David Cameron, seeks to hold a referendum which will take place in 2017 at latest, but probable sooner. In the run-up, the British government tries to renegotiate the EU-treaty in a for Britain favorable way.

Britain is not the only country questioning the current status of the EU. In many countries citizens are uneased by immigrants from other countries, for instance from poorer countries such as Romania and Bulgaria. This is fuel for populist party UKIP which claims the UK is flooded by immigrants. However, leader Nigal Farage, once a commodity broker, forgets conveniently that there are as many Brittons living in a different EU-country (1.8 million) as that there are EU-immigrants living in the UK (1.9 million).

The European institutions are not very popular among citizens across the Union and are regarded as huge bureaucratic and costly bodies serving mainly their own interests. Even worse, many of the institutions are regarded undemocratic. The latter is definitely the case, although one has to admit that is uncertain how effective government institutions would operate if their policies are the subject of a direct democratic framework. The weak image of EU-institutions is not helped by national governments who like to blame unpopular rules to the EU. While there is absolutely some truth behind the statement of a lot of bureaucracy, many politicians forego the fact that without the central institutions, all countries would have their own institutions with a lot more bureaucracy to be able to cope with today’s complex global world. Many citizens would be horrified of the ineffectiveness of institutions when all decisions are subject of democratic voting. It’s easy to point a finger to EU-guidelines which sometimes don’t make sense. But on the other hand, being compliant to these guidelines mean that a company can export without restrictions to 28 EU-member states.

That’s the big plus of the EU: a harmonized single market which lets companies compete on a grander scale to be able to bring in more revenues. Due to a lack of border controls and harmonized market, companies can operate more efficiently and reduce their cost base. If the UKIP gets their say and a Brexit is realized, trade barriers will re-emerge which is a nightmare for every capitalist who favors competiveness and efficiency. This fear is also communicated by the financial sector. For example, the investment banks Morgan Stanley and Citi said if Britain were to leave the EU, there would be a major backlash against London as a financial center. Operational changes would be required and costly, which could lead to significant scaling down of activities in London. Also rating agency Standard & Poor’s warned this summer that the London divisions of global banks would lose activities in favor of Frankfurt, Paris and Dublin. Since the financial sector is one of UK’s key sectors, this is a huge factor. In addition, Bank of America warned for a run on the pound. The GBP would depreciate strongly due to a strong drop in foreign direct investments, which are currently financing the current account. FDIs would reverse in case of a “Leave” vote.

As a result of the EU and Brexit debate, UK politicians have steered themselves in a very difficult position. The prospect of a referendum for a Brexit doesn’t help the negotiation position within the EU. Each suggestion will be regarded with scepsis by fellow EU politicians, in a time where most ideas are more than ever driven by domestic politics. What if there are granted some favors towards the UK in near negotiations, and the Brittons vote for a Brexit? Furthermore, if the UK reclaims its independency, why not Scotland as well from the UK? It will be interesting to see how the story will unfold in 2016 and 2017. The whole discussion may be a drag for the stock market and GBP. Investors should be careful and might favor non-UK peers until there’s clarity.