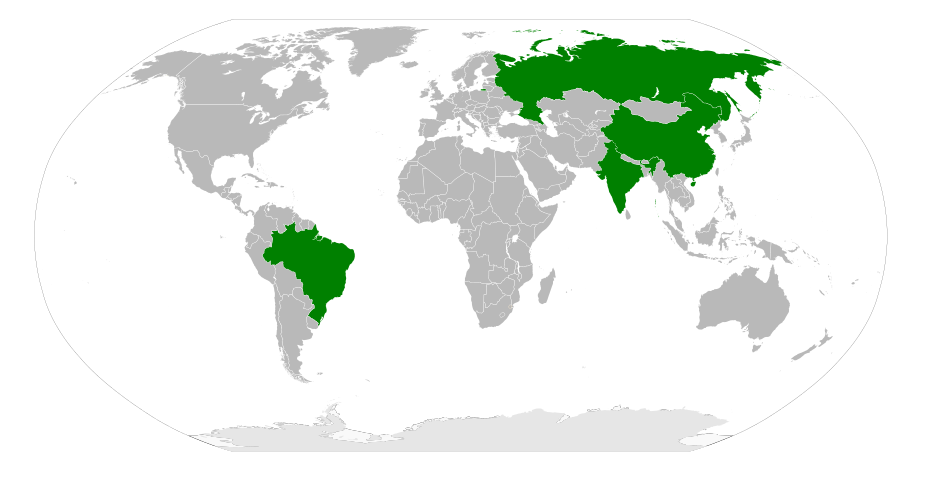 Almost 14 years ago, former Goldman Sachs-director Jim O’Neill introduced the acronym BRIC to indicate where investors should be in the 21st century. The countries Brazil, Russia, India and China were poised to change the balance in the world and would offer investors huge rewards. Now, with Brazil and Russia once more in a recession, India struggling with reforms and China in the midst of a slowdown, the BRICs are on the bottom of most investors’ lists. Now even Goldman Sachs no longer believes in the BRIC-concept. The investment bank decided to merge their BRIC fund into a larger emerging market fund, indicating the BRIC era has ended. After peaking at USD 842 million assets under management in 2010, a poor performance of the underlying markets and investors fleeing from emerging markets caused a drop to a fund size of USD 98 million. This is presumably too low for Goldman Sachs standards and the fund is being merged into the Emerging Markets Equity Fund to ‘eliminate overlapping products’.

For most emerging market watchers this decision doesn’t come as a surprise, since in the recent years the countries are showing quite different developments. In the period before the financial crisis, individual emerging markets were more driven by global events. This also held for the first years after the financial crisis, but diverging paths were already witnessed. The view that the four BRIC countries all shared more or less the same fundamentals, such as a rising middle class and adoption of more market oriented policies do not longer drive investors. The governments of Brazil and Russia failed to implement a more diversified economic framework and are punished in the recent years over their huge exposure to commodities and a lack of economic reforms.

Investors took notice of these struggles and adapted aggressively, moving out their funds of these countries. According to Bloomberg, since 2010 investors pulled USD 15 billion from BRIC-markets. Emerging markets as a group also witnessed outflows, but an outflow of USD 6 billion was matched by an inflow to individual emerging countries of USD 7 billion. Some analysts say this is caused by more differences within in emerging countries than expected. For instance, political developments and the willingness to reforms vary across the individual countries. This larger variety also caused the disappearance of so called Next 11, another term coined by Jim O’Neill during his Goldman Sachs career. Introduced in a paper in 2005, the countries Bangladesh, Egypt, Indonesia, Iran, Mexico, Nigeria, Pakistan, the Philippines, Turkey, South Korea and Vietnam would have the potential to become leading economies in 21st century. With a few exceptions, for instance South Korea, most of these countries failed to live up to this expectancy (that is, until now and the foreseeable next few years). Having even wider differences in underlying developments, hardly any emerging market investor would dare to put these countries in one group in today’s world. A couple of these countries even don’t deserve the name emerging market and are still underdeveloped frontier markets with very limited liquidity and investment opportunities.

What can investors learn from the undelivered promises of specific investment themes such as BRIC and Next 11? First, and this is probably a cliché, it’s impossible to predict the future. Jim O’Neill is an intelligent person and his research leading to above mentioned acronyms is certainly solid. But we should be aware that certain disruptive events may spoil forecasts. Economic and political policies sometimes fail to change for the better due to domestic developments or stubborn governments. Therefore, with investment and money flows moving forcefully in a globalized world, many predictions fail to materialize. Second, finding the next stars is quite difficult. Yes, the world may still be divided in developed markets and emerging/frontier markets. But in the latter group, it is difficult to find the specific economies who will rise faster than others in a longer time span. Investors might better choose a generic allocation of partly developed markets and partly emerging markets instead of partly US, partly BRIC.

Investors who like to add some specific part in portfolio for more speculative bets, do need to do their homework. It’s not impossible to pick outperformers. We should realize that for instance Brazil and Russia do have a large middle class which has a potential to move up in salary and may spend more in the future. Governments in Russia and Brazil are now forced to implement reforms. There isn’t a rebound in commodity prices like in 2009, so both countries must implement policies to make the economy less exposed to commodities. Stocks in both markets are slaughtered and both countries are heavily underweighted in many global portfolios. There’s a likelihood markets overreacted and we saw an overshoot. When everybody’s out, it might be the right time to enter with a long term view. If you believe in the future of both countries, this could also be a once in a lifetime opportunity.