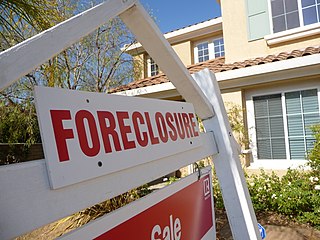 One of the key factors during the Great Collapse in 2008 were subprime mortgages. These were mortgages to house owners with lower credit scores, but which offered higher yields for lenders. Obviously, in today’s world of record low interest rates which will likely stay low for an extended period of time, higher yields are attractive. Indeed we see new funds which feature so called non-prime bonds. FT reported today Angel Oak Capital is in the process of a bond offering. This leads us to the question if we face a little bit of history repeating.

When house owners apply for a mortgage, they are ranked according to a credit score, the so called FICO score. The higher the score, the better with a range of 300 to 850. There are a number of score brackets which indicate the annual percentage rate (APR) mortgage owners are likely to pay. Above 760 is the upper bracket. The median score is 723 and a score above 720 is generally seen as prime. The subprime mortgages funds in the past were offered with an average score of below 620.

John Hsu of Angel Oak Capital stated to Bloomberg that the new fund has an average score of about 670, but is willing to buy as low as 500. The average of 670 is below the arbitrary cut-off score for genuinely subprime of 680. One could argue that non-prime hovers between 680 and 720 scores. In addition, Angel Oak Capital will closely monitor that borrowers made the 20% down payment. Interesting is that although the average of 670, the average interest rate of the loans is about 8%. Rates at Seer Capital, which manages USD 2.1 billion and has subprime loans in portfolio, even start at 8.5%.

At the top of the market before the crisis started in 2007, total subprime and Alt-A assets were about USD 2 trillion. That kind of numbers are still far away. Estimated deals for 2015 are varying between USD 1 and 5bn. Most specialized funds in this area are small, for example Lone Star Funds completed a deal on roughly USD 72m in August. But with the global search for yield, the non-prime funds see an increase in demand. Also Australian firm Macquirie Group ltd joins the party. Nevertheless, investors may be hesitant after the lessons learned in the past. The low transparency and specific details of mortgages are holding investors back.

As with most financial products, mortgages have specifics and a binary categorization of prime / non-prime won’t do justice to the underlying risk. Just as with investment grade and junk bonds, which of course offer a rough first judgement, risks vary widely across individual loans within the category. The fear many commentators from the sidelines express that we likely go a familiar road again may be to harsh. Within a low for longer rate-environment, there will always be niches with higher yield perspectives which can prosper. We should also realize that the government is scaling down its role in the mortgage industry. Demand for non-prime funds may drive mortgage rates lower. Caution is required and certain non-prime products are not suited for private investors. Rates for sub- and non-prime should stay elevated to reflect the risks. But as long we don’t see multi-billion deals in this sector we’re still far from history repeating.