When the subject of what foreign policy would be like under a Donald Trump presidency comes up, the response from the candidate has hitherto been confined to boasting about how the man who wrote The Art of the Deal would negotiate better than the current administration. Trump even suggested that he and Russian President Vladimir Putin would get along famously. A summit meeting between the two alpha males may be entertaining, but amicability is not a word that comes to mind. 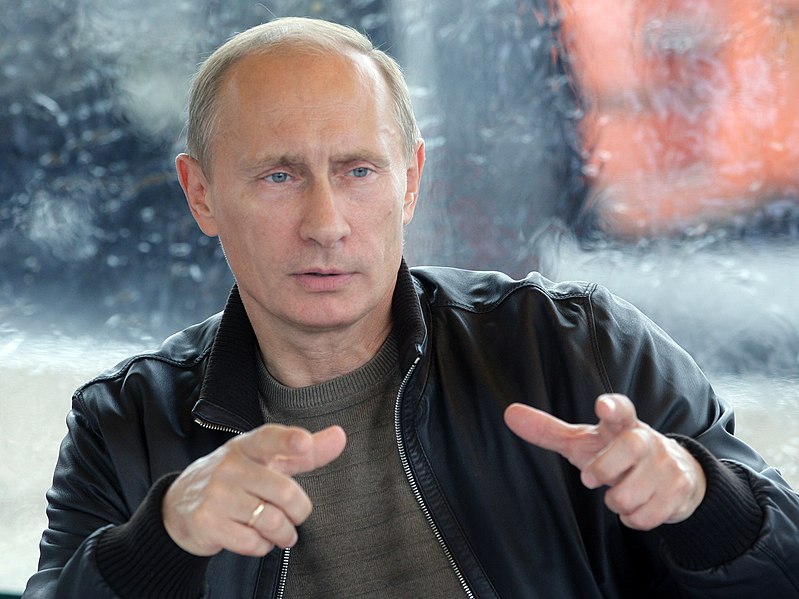 Now, according to The Hill, Trump has opened his mind about the best way to deal with ISIS, the terrorist army that has transformed parts of northern Syria and Iraq into the Hell on Earth known as the Islamic State. He announced that he would let Putin’s Russia deal with the problem.

Stepping aside for the Russians would seem to be beguiling for a United States that has had a belly full of counterinsurgency wars. Why should American boys have to die in another Middle East quagmire if Russian boys can die in their stead? The concept even has some appeal for the Obama administration, which seemed to welcome the entry of Russia back into the Middle East.

However, the first combat action the Russians conducted in Syria was to conduct air strikes, not against ISIS, but against more moderate opponents of Bashir Assad’s regime. Indeed, Putin ordered President Obama to withdraw American aircraft from the area of operations. This command was too much, even for the Obama administration, which refused to comply.

The problem for what might be called the Trump Doctrine is that Putin is not interested in fighting ISIS, except as part of a side effect of his goal to buttress Assad’s Syria and make it a client state. That strategy means that Russian and Iranian military forces are preparing to fight against American allies in the region, such as the Free Syrian Army and the Kurdish militia.

The first is that the Russians manage to establish a hegemony that includes Iran, Iraq, and Syria that would be a threat to whatever American allies are left in the region, including Israel, Jordan, and the Gulf States.

The second is that the region devolves into chaos, with Russians, Iranians, Syrians, ISIS, and other forces bleeding each other, driving even more hundreds of thousands of civilians to be elsewhere, swarming into Europe, placing further strains on nations and institutions there.

The solution to this royal Charlie Foxtrot is not immediately obvious, especially to the Obama administration, which has reacted to Putin’s latest imperial drive with hand-wringing. But Donald Trump had better listen if he proposes to be president.

One idea would be to send troops, most from a coalition of friendly Arab countries such as Egypt and Jordan, to seize a slice of Syrian territory that could serve as a safe haven for local civilians who want to flee the fighting. Then the United States will need to get serious about arming its allies in the region, especially the Kurds, who have proven to be the toughest and yet most ill-equipped fighting force in the many-sided conflict. Then Putin should be told in no uncertain terms that it is time for him to be gone from the Middle East. To back up that demand, shoulder-fired anti-aircraft weapons should be included in arms shipments to the Kurds and others.

The strategy has obvious risks. But allowing Putin free rein in that part of the world would be even riskier. Sadly, the mess is something that could have been avoided years ago if the administration had acted more decisively. Despite what Donald Trump thinks, doing nothing is not an option.

Is investors’ positioning foretelling a market turnaround?
Vinyl vs Digital Music (Who Owns The Future?)