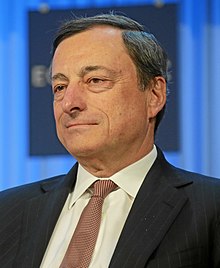 During today’s press conference after keeping interest rates unchanged, European Central Bank (ECB) President Mario Draghi made clear that the ECB may use further stimulus. Mr. Draghi, who celebrates his 68th birthday today, told reporters that there is “willingness and capacity” for the ECB to act with additional measures. He also stated that the current expanded Asset Purchase Programme (APP) offers enough “flexibility” to be adjusted. On questions of reporters Mr. Draghi sounded concerned about the recent developments in emerging markets, in particular China. But also growth in the Eurozone was somewhat weaker than the ECB previously expected.

Inflation target not in reach

Mr. Draghi comments followed the accompanying ECB Staff Macroeconomic projections which indicated that the increase in annual inflation rates is currently somewhat weaker than previously expected. The ECB sees inflation stay very low in 2015 and reaching 1.7% in 2017. It downgraded its June forecast of 1.5% to 1.4% for 2015 of Eurozone’s economic growth, cutting the 2016 and 2017 projections with 0.2% to 1.7% and 1.8%.

President Draghi attributed the slower growth and a more gradual pickup in inflation to weaker exports to China and other emerging markets. He said that downside risks in inflation increased lately. Nevertheless, the APP introduced earlier this year is working smoothly, albeit slowly, according to the ECB-president, and noted that it’s premature to take further action.

Contrary to Fed-speak, Mr. Draghi’s words, or ECB-speak if you like, are quite clear. It is hard to misread the signs “In particular the Governing Council recalls that the asset purchase program provides sufficient flexibility in terms of adjusting the size, composition and duration of the program”. This is a strong indication the ECB will act soon if the situation does not improve in the coming weeks. We might see already in the next meeting an expansion of the ECB’s QE. In addition, the ECB made an adjustment in the APP: it is now able to buy up to a 33 percent stake instead of 25 percent of any sovereign bond issue, provided the stake does not give the ECB a blocking minority. This seems a precautionary measure to warrant a smooth functioning of a potential increase in sizing of APP.

On a question of one of the reporters if the recent volatility is according a previous statement by Draghi, the ECB-president was very cautious. His earlier remarks that market participants should get used to more market movements was aimed at short term volatility, but according to Mr. Draghi recent developments may indicate a structural change which could warrant longer periods of uncertainty. He expects more clarity from China regarding its plan to tack declining economic activity and conditions on Friday’s G20-meeting. He referred to a visible tightening across the board and a clear increase in risk premiums in several assets. This is a warning for investors to brace for a prolonged period of time in which volatility is elevated, certainly compared to recent years were volatility was virtually absent.

The willingness to act and pursue a more expansive monetary policy is in contrast with recent developments in the US. Fed-officials indicated to lean towards a lift off in interest rates, although data, especially inflation figures, is not yet warranting a potential rate hike. Only employment figures could warrant a certain move. Nevertheless, it is clear that both institutions are on diverging paths. This could push the EUR/USD exchange rate further down. Tomorrows Non Farming Payrolls are important, if better than expected the declining trend in EUR/USD may continue. Also a rotation from US stocks in Eurozone stocks could get stronger, providing Chinese developments do not worsen investment climate and add to volatility on the markets. Today’s ECB press conference made clear we have interesting times before us.