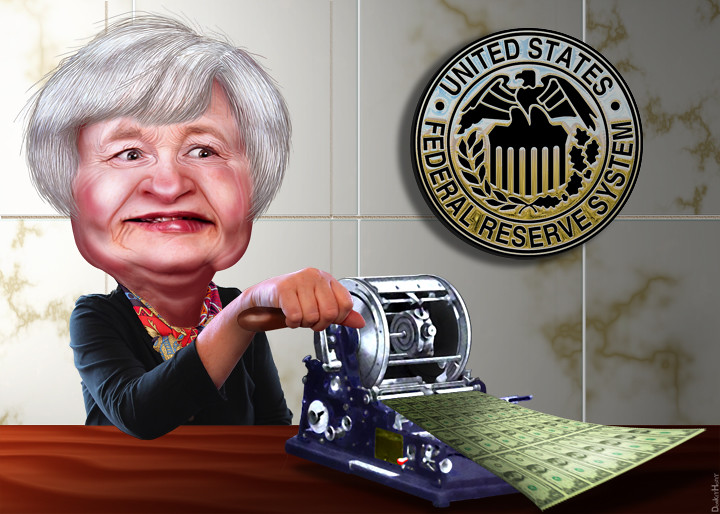 Well that answered everything and nothing. The Fed wisely (in our view) held off on hiking interest rates in Thursday’s long-awaited decision. Now we hopefully have a few more weeks of relative peace before the drumbeat gets going for if they’ll hike or not at the next meeting.
Markets initially took happily to the news, with S&P 500 futures shooting back over 2000 for the first time in awhile. At one point, the Ultra VIX Short-Term Futures ETF (UVXY) was down 15% on the day, and this author was prepared to highlight how unusual it is that this ETF closes down 15% or more three days in a row.
Well, it stayed somewhat rarer, as the market folded like a cheap suit, giving back all the Fed-induced gains, and volatility roared back, closing nearly flat on the day.
Where To Now?
There’s at least two ways to view the Fed’s decision not to hike, one of which is bullish for the market, and the other being bearish. The market expressed both these takes, initially rallying and then dropping hard.
The positive take is that the Fed is aware of the global risks the worldwide economy is currently facing, and is prepared to stand aside until these threats diminish. In doing so, the Fed will not cause the dollar to rise further in the short run. The rise of the dollar has been behind much of the collapse in commodities and emerging markets that sent the global economy into a tailspin in the first place.
So, as a take one for the team sort of move, the Fed’s action was positive. Instead of arguably selfishly putting the US’ narrow interests ahead of the world, it instead recognized its duty as the provider of the world’s reserve currency and held back on a hike that most the world was begging it not to engage in.
Now, the bulls will argue, there should be a rally in coming weeks as battered emerging markets start to regain their footing. With stronger commodity prices, local currencies, and demand forecasts going forward, emerging market demand which is the net marginal buyer for all sorts of goods nowadays surges anew. And on the domestic front, large multinationals that have long been suffered with an overvalued dollar get respite on that front, boosting revenues and EPS in coming quarters.
The bears say the above explanation is hogwash. They’ll take the Fed’s no-hike decision as a clear sign of something that many folks haven’t wanted to admit. The US economy just isn’t that strong.
Sure, there are bright spots, particularly in housing and auto sales, but on the whole, things aren’t so hot. Unemployment, they’ll say, is a mirage since much of the population has given up looking for work. Reset the labor force participation rate to 2010 levels and unemployment still looks scary high.
Health care expenses are absolutely exploding following the implementation of Obama’s changes to the health care system, putting a heavy blow to middle class consumers. Particularly for younger Americans, this is the economic expansion that has totally passed them by.
And on a stock market basis, revenue and EPS growth for the big-caps have slown to a grind. Without large share buybacks driven largely by ZIRP-money, the stock market wouldn’t be going any higher either.
The Fed’s decision not to hike can be taken as a large vote of no confidence for the economy. If that’s how the decision ends up being interpreted, it could easily cascade into another round of selling.
Particularly if emerging markets look at the Fed’s move and say, man, even the US is struggling. It seems like a bout of global deflation is on the way.
In coming days, it will be key to watch how commodities and emerging markets react. If they hold up, it is a sign that the bullish argument has taken root. But if oil and exposed stock markets such as China and Brazil start dropping heavily again, look out.
The Fed made what seems like the right call on Thursday, but the market can still react to it in a variety of ways. We’re better off for them having not hiked, but that doesn’t mean it’s all clear skies ahead.