Shortly after releasing its quarterly results, shares of computer hardware producer HP Inc. (HPQ) were hit hard on the stock market. With a loss of 13.7%, it is safe to say investors were disappointed by the results and guidance from the Palo Alto-based company. The company reported a miss at the topline (revenues of USD 12.66 billion vs USD 12.68 billion) and at the bottom line (its earnings per share of USD 0.93 were 3 cents below analyst’s estimates). But the main problem was the poor outlook. For the coming quarter, the company sees quarterly earnings of USD 0.33-0.36, compared to USD 0.42 expected by the market. Also the full year guidance was cut to USD 1.59-1.69.

HP Inc. is the PC and printer business of the old HP (Compaq) company, the cloud and computer services part is now HP Enterprises (HPE). HP Inc. is struggling with weak sales for PCs and printers. As we all know, consumers are not buying as much desktops and laptops as in the past, due to competition from tablets and other mobile devices. There’s still much to say for the advantages of a desktop at home, but since a large part of computer time is online these days, consumers are not that into computers as they were a decade ago. In addition, printing declined as well. It’s easy to read documents on a tablet and many companies implemented policies to reduce printing to save toners, cartridges and paper. As a result, the printing business is in a steady decline. To be fair, the majority of HP Inc.’s

HP is caught in a declining market. Some analysts see as a positive that the firm can expand its market share. But as Danny DeVito’s film-character Lawrence Garfield in “Other People’s Money” once famously said: “And you know the surest way to go broke? Keep getting an increasing share of a shrinking market. Down the tubes. Slow but sure.” Nevertheless, HP Inc. is still making a lot of money. It shares look very attractive with a price-to-earnings ratio of 8 and a price-to-sales ratio of 0.5. Dividend yield stands at a nice 3.5%. But as investors we are wondering about the future. HP Inc. could be a classic tale of a value trap (even more than Xerox).

Shares of HP Inc. are a strong underperformer compared to the broader market. Whereas the S&P 500 is modestly up for 2015, HP Inc. is down 30% year-to-date. When looking at the chart, the worst might not be over. After a 50% recovery, the share price was severely hit on the poor earnings. A clear downtrend is visible. 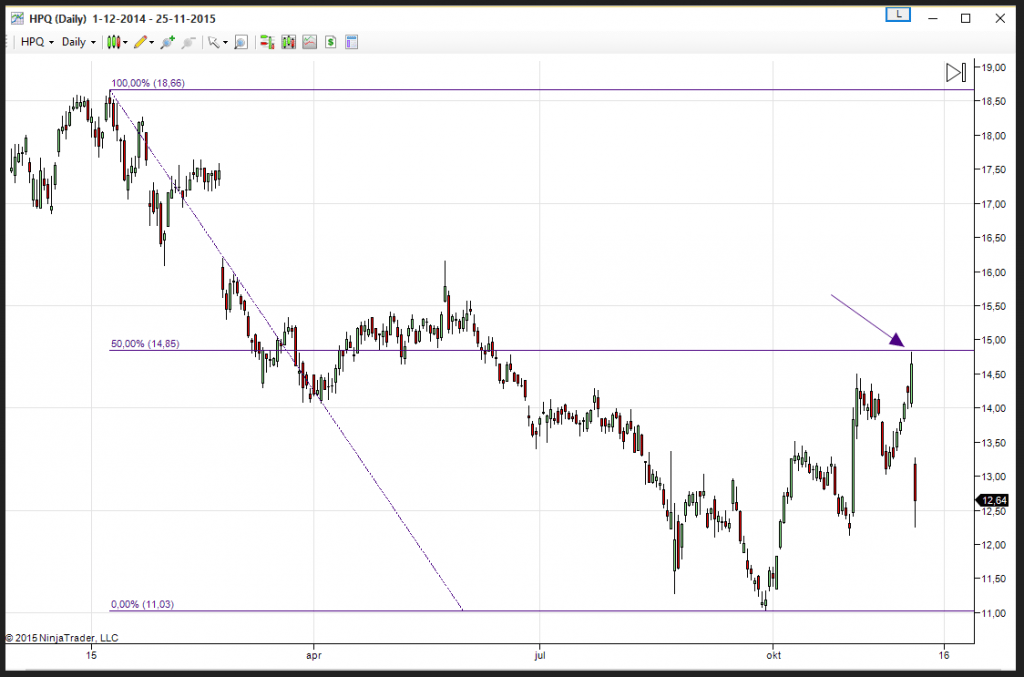 Should we give up hope for the company and its shares? That might be too harsh. It is not certain how far PC sales can drop further, since there is added value of desktops at home and certainly for businesses. Multitasking and running heavy software applications are only possible on desktops. In addition, with stable cash flow, distribution of dividends is likely to continue. But the company may be traded at a significant discount to the market and growth investors should look elsewhere.

Swiss Smartwatch To Compete With Apple
Swiss Wealthy: Slower, But Still Richer Than Ever