We commented a few weeks back that “Tesla’s Running Out Of Juice”. Last Tuesday, Tesla shares fell more than 6% and almost broke the key $200 level. 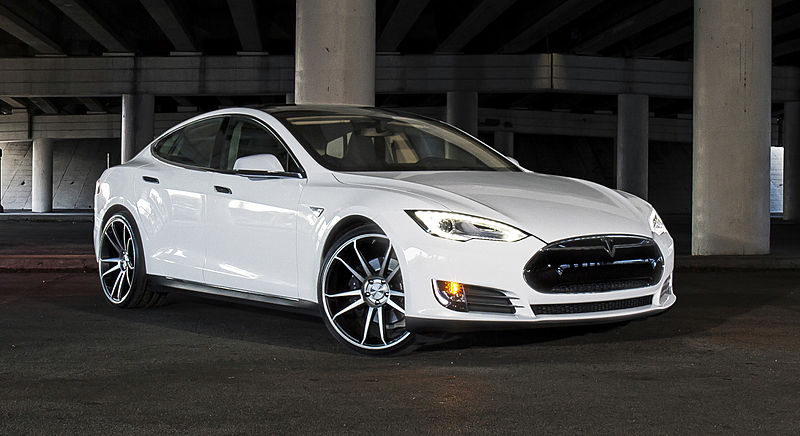 We cautioned that the stock had been trading weakly for weeks. Since peaking in the summer, the stock has sold off, and each rally has quickly failed. In early October, while the market was rebounding, Tesla kept dropping. That was as clear of a warning as you could ask for. Even if there’s no obvious reason for the selling, the market often has some deeper understanding of what will coming up.

Tuesday’s sudden drop was attributed to a sudden change of opinion from one of America’s leading setters of customer tastes, the Consumer Reports magazine.

Consumer Reports had previously given the Tesla model S a strong rating based on its superior performance. They had said it had solid driving dynamics and consumer energy as the equivalent of 84 miles per gallon, making it the “Best-performing car [Consumer Reports had] ever tasted.”

So how serious will Consumer Reports about face on the Model S hit the vehicle? While one review normally wouldn’t be a huge problem, this could be an exception to the rule.

Due to Tesla positioning itself very much in the luxury market, it is held to a higher standard. If a Toyota or Honda misses the performance mark, most price-conscious customers aren’t going to be too terribly upset.

When Tesla is trying to sell a six-figure vehicle, it can’t come with a laundry list of known problems. To give one example, Jaguar’s struggles to maintain itself in the top ranks of the luxury car market go all the way back to the 1960s when it had major reliability issues that appear to have permanently damaged the brand.

In addition to all the various reliability issues, there are two core problems that could really derail Tesla’s brand. First, its vehicles’ batteries are showing poor lifespans. Within a short period of time, the car’s maximum charge can sharply diminish.

Combine that with the other electrical issue, that the batteries are having charging issues, and you have a real problem. While people trying to save money on gas or help the environment may endure some glitches, there are limits to people’s tolerance.

Running out of charge would be one of the deal-breakers. Just one or two battery failures at a bad time, and people won’t ever buy a Tesla again.

In its defense, Tesla has a customer base that enjoys the product and may give the company some slack. And Tesla offers a strong warranty that does in fact protect owners’ financial interest if the cars badly malfunction.

However that same warranty provides strong downside to shares if the company has to do more maintenance, service, and recall of vehicles. The company is not exactly swimming in cash, in fact it faces a material liquidity shortage. And it’s estimated each drive unit, for example, will cost Tesla $15,000 to replace.

Normally a company facing quality and production problems would focus on quality control and introduce vehicles more slowly to iron out any issues. However Tesla’s valuation is already so high that it can’t really take the throttle off production to work on quality.
Tesla already appears set to miss its 2015 delivery guidance. Barclays downgraded the company to Underweight – basically a kinder way of saying sell – and a $180 price target.

Famed short seller Jim Chanos, the creator of Kynikos Associates, recently noted that Tesla is priced as though it were a mass-market auto manufacturer like General Motors or BMW. However, this is fraught with problems.

For one thing, Tesla doesn’t have anywhere near the manufacturing capacity necessary to produce the sort of car volume that GM does. And Tesla won’t easily be able to get it either, as it raises money in just $500 million or $1 billion drabs here and there.

Tesla shares traded weakly to conclude last week’s action, falling again on Friday despite a very strong rally in the broader market. Until Tesla provides more dependable results; both in its automobiles and its financial statements, we remain skeptical of the company as an investment.