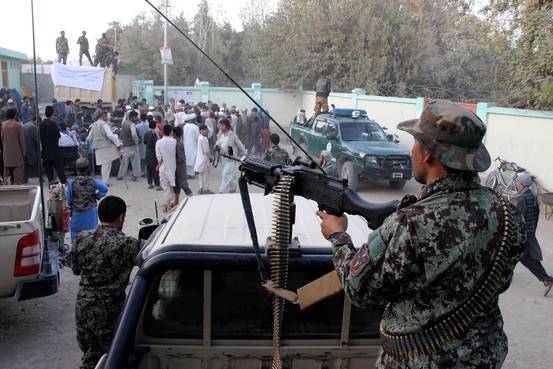 One of the criticisms of President Barack Obama’s Afghanistan policy concerned his promise to withdraw American troops from that country regardless of the situation on the ground. Obama had promised to wind down the wars that he had inherited from his predecessor, George W. Bush, which the American people had become weary of. He had fulfilled that promise where Iraq was concerned.

Then, reality made contact with the president’s plans. Without an American presence in Iraq, a new threat, commonly known as ISIS, overran the northern part of that country as well as large parts of neighboring Syria. The Iraqi Army proved to be ineffective in meeting the threat and broke and ran in several instances, leaving their American-made weapons in the hands of the enemy.

So, the president announced that American troops would remain in Afghanistan for the indefinite future. 5,500 servicemen and women would be stationed in Jalalabad in the east, Kandahar in the south, and at Bagram Air Field. That number is slightly less than Obama’s military advisors would like; they would prefer that the current 9,800 troops remain in place. But, as usual, the president split the difference between what is militarily sensible and where his personal preference lies.

The good news is that the next president will have the opportunity to reset Afghanistan policy to his or her preference. For the time being, the nightmarish prospect of helicopters evacuating the last Americans from Kabul while the city goes up in flames has been averted.

The bad news is that no strategy yet exists that points to a path to victory in which the Taliban are defeated, and Afghanistan is left to handle its own affairs. The country has been intractable to foreign influence ever since Alexander the Great first invaded the place on his way to India. The British, first-class imperialists though they were, never succeeded in subduing the country. The Soviets bled white during their invasion during the last years of the Cold War, helped along by generous arms shipments to the Mujahidin rebels. The United States and its allies have been there for 14 years, waging the longest war in American history.

Even if, eventually, the Taliban are defeated and the turbulent tribes of Afghanistan compelled or persuaded to accept some kind of peace, Americans are likely condemned to remain there indefinitely, as we did in Germany, Japan, and South Korea for decades after World War II and the Korean War, respectively. Will that commitment just consist of an avoidance of total chaos or will something good and lasting arise? The answer to that question resides in the undetermined future.