It is hard to know what the best price for a cell phone plan is, especially since the major phone companies are continually try to outdo the other. However, none of the major cell phone carriers can come close to offering the affordable price that Republic Wireless offers. 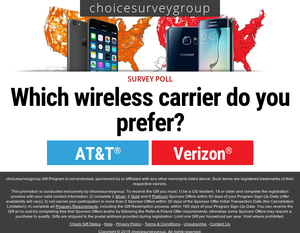 What Is Republic Wireless?

Republic Wireless has been around since 2011. Haven’t heard of them before now? That’s because the company is much smaller than the major cell phone companies, and has relied on word of mouth referrals rather than enduring high advertising costs. Obviously it is working because Republic Wireless has improved leaps and bounds since its starting days.

The company implements many money savings strategies and passes the savings on to you. One of the major thing Republic Wireless takes advantage of is WiFi usage. Using your phone through WiFi is free, and it is also faster than cell data. For those that need to use cell data, Republic Wireless offers that in their plans too.

If you run out of data in the middle of the month, you can upgrade to the next tier of data. You will be charged the difference and be able to use the purchased GB immediately. For example, if you started with the $20 plan but ran out of cell data, you can simply upgrade your plan through your phone or WiFi to the next tier. You would be charged $10 more and receive the extra GB of data to use right away.

Unlike competitor plans, if you run out of data, you will not automatically be charged for more. This is ideal for cell phone plans for teens or others on a strict budget. No one likes paying $20-40 in fees for going over their data limits.

Similarly, you can downgrade your plan, however, the plan price and GB offering will not change until the following month.

Starting August 11, Republic Wireless will roll out Bring Your Own Device, BYOD. Customers can purchase a SIM card for free, just paying $4 for shipping and any taxes. The SIM card can then be inserted and used with any phone that uses a SIM card.

Phone plans are expensive, and if you are using your phone mostly for text, talk, and WiFi, then Republic Wireless is a great, affordable alternative to other phone plans available.