It looks like that the Obama administration has started to take some long overdue actions in areas of the world thousands of miles apart. The White House may be slowly coming to realize that, contrary to the president’s often stated opinion that the old geopolitical strategy that uses military force is so 19th century, that room exists for rattling the saber after all. 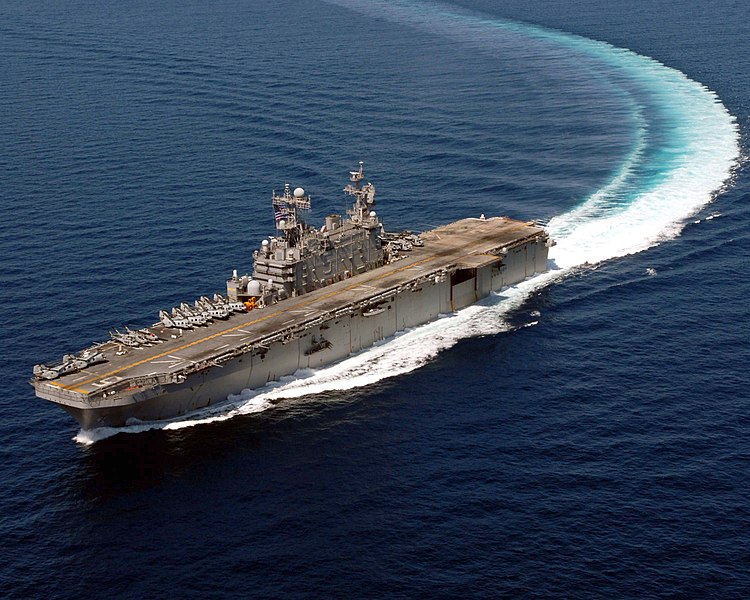 CNN reported that the destroyer USS Lassen sailed within 12 miles of Subi Reef, which has been developed by the Chinese into an artificial island and military base to buttress its sovereign claim to the Spratly Islands in the South China Sea. The claim is not recognized by any other nation, not the least the United States.

The incursion of a navy warship into the area claimed by China is meant to drive that position home to Beijing. The Chinese government was not informed of the incursion under the principle that it did not need to be informed about the transit of an American ship in international waters.

Just as when an American reconnaissance plane overflew the Spratly Islands in May 2015, the Chinese fired off warnings but little else. However, the Chinese have continued their military buildup at Subi Reef, Fiery Cross Reef, and Mischief Reef. They have not backed off their claim of sovereignty over the area and its abundant fish, oil, and gas resources.

The United States is likely to have to continue to use the Navy and Air Force to assert the right of access to what most of the world still considers international waters. Eventually some kind of arrangement will have to be made that will allow China and various other claimants to share the Spratly Islands and their resources, perhaps by drawing lines of demarcation, perhaps by setting up the area as an internationally administrated region.

In the meantime, the Atlantic reported that Secretary of Defense Ash Carter announced that the United States is going to step up its military operations against ISIS, the terrorist army that has overrun much of Northern Iraq and Northern Syria. The change in strategy is an acknowledgement that the current approach of pinprick air raids and an attempt to train and arm a Syrian rebel army has failed. Moreover, Russia has become an active player in the region, conducting air strikes and supporting ground operations in support of Bashir Assad’s Syrian regime. The United States needs to retake its traditional role as the central foreign power in the Middle East.

The strategy has two parts.

The second part of the strategy will be the use of special operations forces to attack ISIS targets directly when the opportunity exists. Apparently these raids will take place in both Syria and Iraq, technically reversing the Obama administration’s policy of no ground combat troops in the region. The administration is engaged in hair-splitting by pointing out that the troops involved are not regular ground formations but special operators who will be in and out quickly, according to the missions they are engaged in.

In short, as happened during the Carter administration with the Iran hostage crisis and the Soviet invasion of Afghanistan, reality has collided with Obama’s wishes, and reality seems to be slowly winning.