The recent victory of a coalition of pro-independence parties from across the political spectrum in regional elections in Catalonia, a region in the northeast of Spain centered on Barcelona, has raised concerns about the continued territorial integrity of the country. Complicating matters is the fact that, while the pro-independence coalition won a majority in the regional parliament, it not win the majority of the votes, due to a quirk in Spanish election law that gives more weight to rural votes. 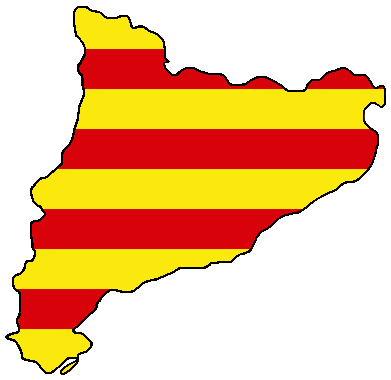 Even though Catalonia has been part of Spain since the time of Ferdinand and Isabella, it has retained its own distinct culture and language. The relationship between the region and the Castilian-dominated Spain has not always been amicable. The Catalonians rose in revolt in a war that lasted between 1640 and 1652. Though Spain reconquered the region, it granted Catalonian rights. Nevertheless, the region suffered from periodic attempts by Madrid to make it “more Spanish” and suffered particular repression during the rule of Francisco Franco in the 20th century.

According to an analysis by Stratfor, the economic downturn that has afflicted much of Europe, particularly Mediterranean countries such as Greece and Spain, has hit Catalonia particularly hard. Catalonians believe that they are paying too many taxes to the central Spanish government in exchange for too few services. Hence, independence feeling has started to rise in Catalonia.

The vote does not automatically mean an attempt to split entirely with Spain and declare an independent Catalonia, despite the fact that such a country would be about the size of Denmark or Switzerland and would be economically viable.

For one thing, Madrid is dead set against granting Catalonia independence and is making legal moves to head it off. How far the Spanish central government is prepared to go to keep the region is hard to say.

For another thing, Catalonians themselves are divided over what is meant by independence. Some want their own country, no question. But others would be satisfied if Catalonia were granted more autonomy within a federated Spain.

Complicating matters is the fact that an independent Catalonia would likely find itself outside the European Union. Catalonians, despite the fact that they would like to be free to pursue their own destiny without interference from Spain, are big believers in the EU.

Despite Spain’s history of civil strife, which was last manifested during the Spanish Civil War in the 1930s, most analysts do not think the matter will devolve to violence. But Spain is due to enter into a period of uncertainty and instability as the various players try to maneuver, with Catalonia wanting more control over its own affairs, if not outright independence, and Madrid keen to keep the region at almost any cost.

The situation is analogous to the recent attempt by Scotland to achieve independence from Great Britain. Though the independence vote failed, the Scottish National Party remains supreme in the former independent country. London has granted Scotland a great deal of power to determine its own affairs. The best case scenario in Spain would be if Madrid were to come to a similar arrangement with Catalonia.

Are Sovereign Wealth Funds unwinding their assets?
A Bear Emerges From Hibernation (Bull Market Winding Down?)