“Three baseball cards stand apart as the unquestioned most iconic pieces of cardboard ever printed: the 1909 T206 Honus Wagner, the first card whose print run was cut short and whose value soared into the millions; the 1952 Topps Mickey Mantle rookie, the true beginning of baseball cards as a piece of Americana; and the 1989 Upper Deck Ken Griffey Jr. rookie, the No. 1 card in the first card set that signaled the beginning of baseball cards as an investment.” – Darren Rovell | ESPN Senior Writer | July 25, 2016

Update!: Buy Lamar Jackson Rookie Cards until further notice. This kid as an absolute stud and is our pick to win the NFL MVP, Super Bowl, and Super Bowl MVP… BOOM goes the dynamite!

Update II: Buy Patrick Mahomes Rookie Cards until further notice. If he wins the Superbowl his rookie card values with skyrocket to the moon and back! Some of the better Mahomes rookie cards include the Panini Prizm and National Treasures. 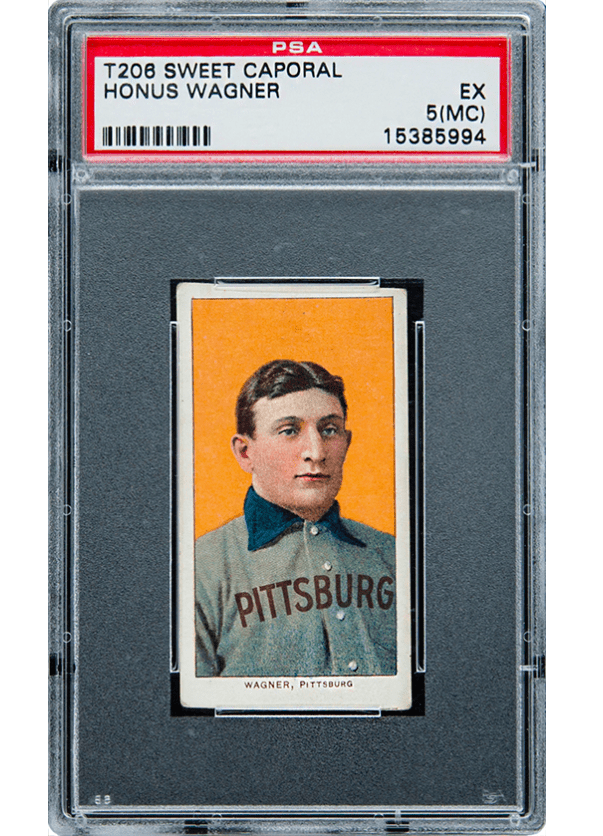 Not the official Mantle rookie card BUT still the most recognizable sportscard in the entire hobby and the anchor of the most important post-war set in existence. 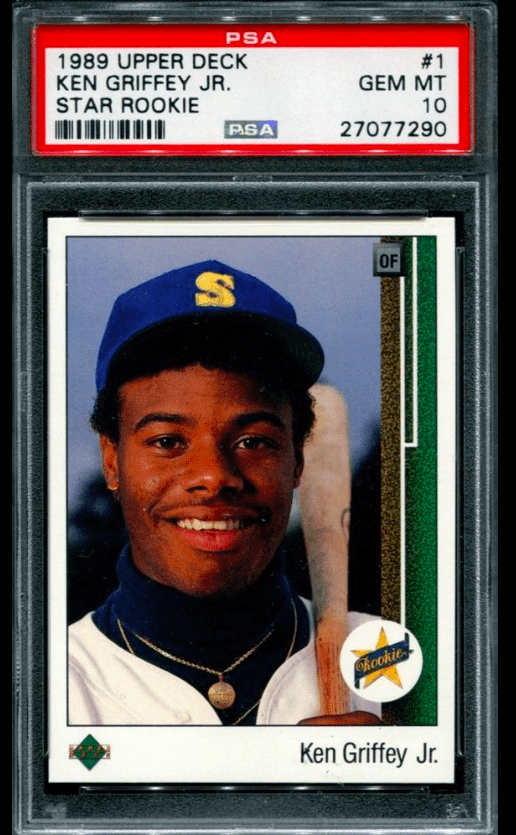 Ken Griffey Jr. is one of the best all-around players in baseball history and this card is without a doubt one of the most symbolic cards of the modern era.