The airline industry is enjoying the best of times, at least for the American-based operators. The price of their main input costs are all flat or falling. 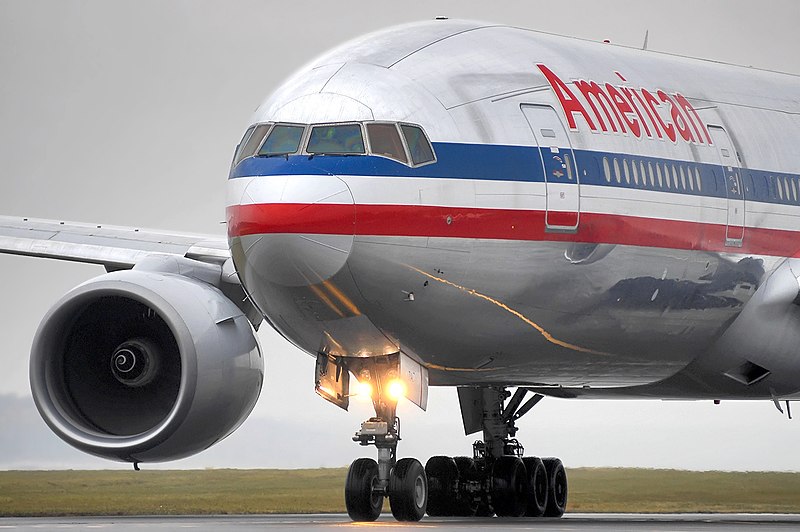 Plunging commodity prices make the cost of their main piece of equipment, jets, decline. Labor costs are being held in check with inflation muted.

And most importantly, the price of jet fuel has absolutely collapsed. As recently as last fall, jet fuel cost more than $3 per gallon. It gets barely half that today, recently quoting around $1.55 per gallon.

This is a huge savings – the type that is hard to overstate. For a typical airline in operation, jet fuel accounts for 30% of their overall cost structure. Or at least 30% at last year’s prices. You’re looking at 15% of the average airline’s expense line of the budget disappearing overnight. A real bonanza!

The airline industry has enjoyed near-record profitability. From an income sheet perspective, airlines are simply rolling in dough.

And yet, airlines, as a sector of stocks, are faring less well than you’d anticipate. Sure, certain airlines are seeing their stocks perform well. Jetblue (JBLU), European discounter Ryanair, and Mexican upstart Volaris (VLRS) have all been hitting new 52-week highs recently.

But the major American airlines have not really joined in the party. American Airlines (AAL) in particular has hit turbulence. Shares are down 10% year-to-date, and are merely flat since the price of oil starting plunging. So what’s going on?

There’s three main reasons for airlines performing so poorly. First, investors just tend to hate the industry in general. And with good reason, airlines are among the worst long-term investments out there. As the saying, goes, if you want to become a millionaire you should start as a billionaire and then start an airline.

Airlines are a highly cyclical industry with high fixed costs, limited ability to adapt to changing economic conditions, and deep vulnerability to labor relations problems. Add the occasional oil spike and terrorist event, and airlines have a rough climate to deal with.

That said, for savvy investors, there are often great opportunities caused precisely by the sector’s turbulence. This is one of those times, as we’ll see.

At present, American Airlines is trading at roughly 6x both 2015 and estimated 2016 earnings. That screams cheap, the market as a whole is trading at a level three times that high. Still given the above mentioned problem, it’s normal that airlines trade at a discount. However, that discount isn’t usually this steep – 10x or 12x earnings is a normal PE for this industry.

That brings up the second bearish point. Many skeptics think these current earnings aren’t going to last. The most obvious concern is oil prices going back up. A return to $100 oil would move American back up to a double digit PE ratio.

Of course, airlines can and often do hedge their fuel prices. But even with hedges eventually those roll off and the company will have to go back to paying higher fuel prices. Southwest (LUV) had effective long-term fuel hedges during the 2005-08 run-up in oil prices, allowing it to keep ticket prices lower than competitors, but when those rolled off, it had to hike prices like its competitors, severely dinging its reputation as the lowest cost American carrier.

Thus far, fares have dropped about 5% on average since the oil bust started. This does hurt profitability, but a 5% average decline is far from large enough to negate the impact of a 50% drop in the price of crude. Assuming an airline spent 30% of its costs on fuel and that item is down 50%, they’re saving 15% of their costs on fuel and lost 5% of their revenues to cheaper tickets. That’s a good trade.

Airline skeptics also say the industry will add too much capacity, buying new planes and launching new routes to take advantage of cheaper fuel. And this will undoubtedly happen, though it takes time. It’s not like an airline can order a plane today and start flying it tomorrow, there’s a long lead time. Airlines have enough time to make peak profits for a few years before overcapacity really sets in.

And on the plus side, the airlines have the opportunity to make shareholders happy during these good times. American, for example is aggressively retiring shares with a monster buyback. And since its shares are lower in price, they get more bang for their buyback buck.

At the current $40/share price, American can retire roughly 10% of the entire float this year. Think about that, every 100 shares you own this year will be the equivalent of 110 shares next year. This greatly benefits the companies earnings power per share going forward and also allows for higher dividends.

Airlines aren’t a great long-term investment, but in the short term, they are exactly the right place to be. American’s buyback in particular supports the stock with steady buying and provides a powerful catalyst for more upside in the intermediate term.