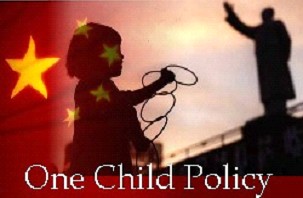 China has decided to rescind its three decades-long one child policy, which restricted Chinese families to one child apiece. The idea was to use government power to restrict the growth of China’s population. The policy often employed brutal tactics, including forced late-term abortions and sterilizations. Starting soon, Chinese families will be allowed two children. But as Fortune reports, the change in policy has come too little, too late.

The policy has cut China’s projected population growth, but at a horrible price. Beijing has created for itself a demographic train wreck that will, in the fullness of time, cause a mismatch between an aging population and enough working-age Chinese capable of supporting them. Almost as important, because of the Chinese cultural preference for boy babies, there are tens of millions more Chinese adult men than there are Chinese women. These unfortunate men have no hope of ever finding wives and starting families.

A number of countries, Russia comes to mind, are facing a demographic train wreck because economic conditions coupled with bad policy have discouraged people from starting families and having children. China may be the only country in the world to have brought that calamity on by deliberate government design.

Even if Chinese couples start having more kids immediately, by no means certain, the Chinese labor force will not start to grow again for another generation. In the meantime, the Chinese government will be faced with the headache of maintaining a growing economy as well as supporting its aging citizens who are no longer capable of working. The problem may be intractable.

Astonishingly, China’s one child policy still has its supporters in the West. Writing for the Boston Globe, Sarah Conly defended the practice.

“The sad truth is that trying to support this many people will bring about environmental disaster. We can see the damage that is already being done by our present population of ‘just’ 7.3 billion. We all know about climate change with its droughts, storms, rising sea levels, and heat. But it’s also soil depletion, lack of fresh water, overfishing, species extinction, and overcrowding in cities.

“We are using resources unsustainably, and despite the frequent cries for a cutback in the use of resources and release in greenhouse gases, nothing much has happened. Today we release more greenhouse gases than we did before the Kyoto accords. More people will mean more unsustainable resource use, worse climate change, and, eventually, wars over scarce goods or massive population displacement and migrations to places with remaining resources.

“Given the damage we are causing, and the suffering we foresee for all those who live after us, it is clear that having more than one child is just something that none of us — Chinese or American — has a moral right to do. We have no right to cause great harm to others when we can avoid this without great loss to ourselves.”

The sentiment expressed is a throwback to fears of overpopulation that were expressed in the late 1960s and early 1970s. The idea was that we would breed ourselves out of existence as the number of people outstripped the world’s ability to feed and otherwise sustain them. The fears went unrealized for two reasons.

First, population growth turned out to be far lower than was projected 45 years ago. Instead of about 10 or 12 billion people, we have the just over 7 billion that has Ms. Conly so excited. As people around the world started getting more prosperous and childhood mortality started to decrease, people started having fewer children. Indeed, Europe and Japan are starting to experience a population dearth.

Second, energy production and agricultural technology advanced at a far greater pace than the Malthusians predicted decades ago. The mass famines that alarmists such as Paul Ehrlich predicted never came to pass. Such famines that did occur happened because of war and civil unrest and not from a lack of food.

The bottom line is that population control regimes, such as that attempted by China, will inevitably create a disaster. New forms of technology, including fusion energy, additive manufacturing, and others will allow the Earth to sustain more people than the doomsayers would have us believe.

The yield of impact investing: a better world?
Is The Saudi Arabian Economy About to Collapse?