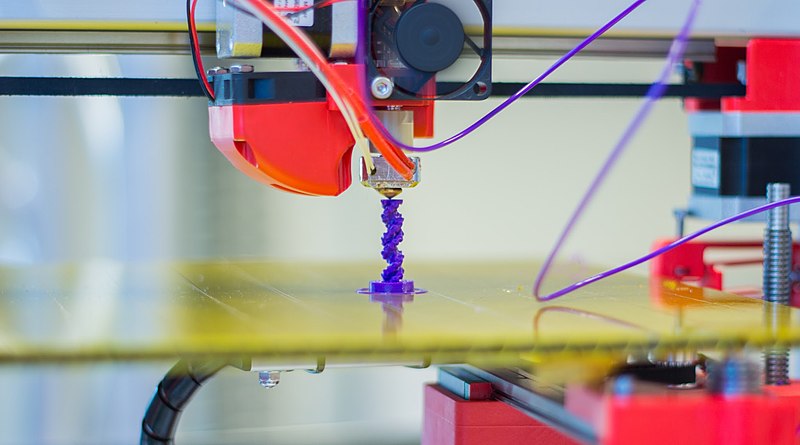 Once, everything involved with 3D printing had a glance of gold. As a result, shares of 3D Systems (symbol: DDD), which produces 3D printers and provides print materials and cloud sourced custom parts, shined on the stock exchange. But after hitting a record high of USD 97.28 on January 3, 2014, share prices collapsed and are currently close to the USD 10 level. Investors of Stratasys (symbol: SSYS), also active in the field of 3D printing, share a similar fate with a collapse of 80% since January 2014. Shares of both companies are extremely volatile, dropping sharply on Stratasys Q3 warning, which sent its shares 23% lower, and 3D Systems followed with a 7% decline. But the actual Q3 earnings were well received and led to a jump in share price. Since then, the downtrend continued. Both shares are currently trading below book value, which is nowadays a rarity in tech shares. What’s the story and does this mean we should stay away from the sector or maybe we should try to bottom fish?

When looking at the astonishing sharp drop in share prices of DDD and SSYS, one would think that the sector is in dire state. This is not necessarily the case. Independent research firm Gartner predicts over 500% growth in the next 5 years with year-on-year growth rate of 45.7%. However, 3D Systems reduced its sales guidance and even dropped guidance completely after May 2015. The problem is that the industry seems to working through a glut of machines shipped in the previous years. In addition, some analysts have questions about the technology used by 3D Systems and Stratasys. The technology might be outdated and both companies could miss the right technological mix. Recently, President and CEO Avi Reichental of 3D Systems stepped down and the search for a new CEO could distract the company in finding a proper strategy in short term.

Apart from these two 3D printing companies, investors can choose for two other companies, albeit smaller. Pittsburg-based ExOne (symbol: XONE) and German Voxeljet (symbol: VJET) are also listed on US stock exchanges, but with a market cap of USD 155 million respectively USD 115 million these shares are less liquid. However, shares of these two companies could have seen the bottom and show a recovery which is still nowhere to be found at DDD or SSYS. Nevertheless, Voxeljet still shows operational losses and is a play for future. Revenue growth is strong, as shown in the graph below. Apart from that, analyst consensus is that the company first annual profit will be reported no sooner than 2018. A similar picture is drawn for ExOne, however a couple of analyst foresee a small profit in 2017. Both companies are therefore highly speculative.

Concluding, 3D printer companies are a tricky investment. The former stars 3D Systems and Stratasys are no longer bets for the future. As a result, tech investors might better look elsewhere. The smaller 3D printing companies ExOne and Voxeljet could be interesting plays for the future. However, the small market cap and low liquidity of the shares make both companies highly speculative. Tech investors without thorough knowledge of the 3D printing market may better look to other sectors to find interesting investments for the future with a more balanced risk / reward perspective.