Like Argentina, which we profiled here last week, Canada is another country facing a world of economic woes with upcoming elections. 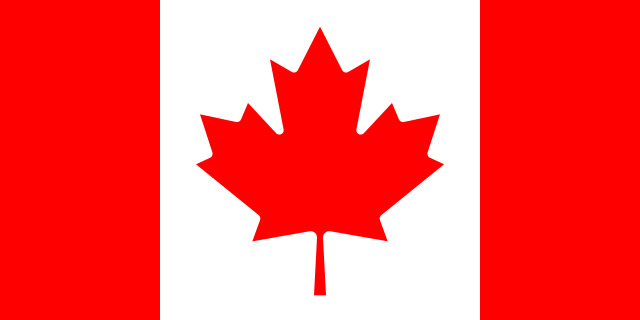 Unlike Argentina, Canada doesn’t appear to be on the precipice of a major crisis. But that doesn’t mean the country’s current recession will be overcome anytime soon. Canada made a big bet and then doubled down hard on a questionable idea.

It’s hard to blame Canada for investing so heavily on its heavy crude oil resources, investing tens of billions in the sector and tying the economy’s fortunes firmly to the outlook for petroleum. Unlike its southern neighbor, however, Canada has a weaker hand.

Canada’s oil resource is of a much lower quality than what the fracking boom has brought about in the United States. The Canadian oil sands have extremely high costs of production, require the land to be strip mined, uses vast amounts of water, and release far more emissions than other forms of oil production.

Between the higher economic costs and the greater environmental damage caused by the exploitation of oil sands properties, it is difficult to imagine this sector having much success with oil prices at their current lows. Even if oil were to recover soon, Canada may well choose to rethink tying its economic outlook to such an unpredictable and cost-ridden sector.

Canada has a second problem as well. Its housing industry, particularly in Toronto and Vancouver has gone to extreme heights. For one example of this, see this site, where you must divine whether each pictured Vancouver house is worth more than a million dollars or not.

These prices are not reasonable given any of the traditional metrics. Normally housing is determined with a general ratio between the borrower’s income and the monthly mortgage payment. That, and that houses typically sell at a ratio, often around 3-4x as expensive as the buyer’s household income.

Median Vancouver income is around $67,000 a person. So figure even with two earners, one of these dumpy million dollar houses is worth 8x the family’s household income. Only with a long mortgage and very low interest rates can a family possibly service that debt.

Should interest rates go up or someone loses a job, look out, foreclosure is likely. Though in recent years, Canadians haven’t primarily been driving the market to crazy heights.

It’s been the influx of Chinese money, looking to escape the dangers of their volatile domestic economy that has been bidding up the value of foreign real estate as a way to shelter their wealth and buy citizenship abroad. Vancouver, at nearly 50% Asian, is a most logical place for Chinese people to park their money in local real estate.

Now with the Chinese economic surge taking a big pause, it appears the influx of hot money flooding into Canadian real estate has waned. Prices have plateaued and in some areas are starting to move significantly lower.

Folks calling for a US-style housing bust in Canada are off-target. Canada’s mortgage market is backed up by the central government, meaning that Canadian banks are unlikely to end up eating large losses such as the ones that nearly toppled the US’ banking system. Besides, much of the monetary losses will be taken by wealthy immigrants and foreigners. A much smaller part of the Canadian boom is in lending to lower class folks wanting to buy out of their league, which should contain the damage for the bubble popping.

Still, even assuming the losses end up at the government rather than on the big banks’ balance sheets, it will be another drag to the economy. That brings us to the election.

There are three main parties, and two of them, conservative and liberal. The liberal party wants to run a stimulus program, but at just a $10 billion deficit per year, it represents less than 1% of GDP. That won’t do much. And if losses from the housing bust hit the government’s balance sheet, that would limit the scope of the stimulus. The conservative party is campaigning on a prudent but entirely unstimulatory balanced budget plan.

And the third party, the NDP, is planning to hike corporate taxes in order to spend more on transfer programs. That may be a good idea, but it will do nothing to help the economy. Particularly in tax-sensitive industries such as auto manufacturing that move from Ontario to the US and back again based on tax rates, higher Canadian corporate taxes would likely just kill jobs.

For Canada to get back to a better footing, it needs more investment in sectors that have been overlooked during the last decade’s tar sands mania. Manufacturing, the film industry, and tourism all offer solid opportunities for the country, particularly with its currency falling and thus raising competitiveness against the US.