In substance, the recent Democratic presidential debate that was held in Las Vegas was depressingly familiar, especially when the subject turned to foreign policy. Most of the candidates, including the two top-tier candidates, former Secretary of State Hillary Clinton and Sen. Bernie Sanders, I-Vermont, actually listed climate change as a national security threat. Clinton was slightly more hawkish. Sanders approached Rand Paul territory in his zeal to be a noninterventionist. Martin O’Malley and Lincoln Chaffee lay somewhere between the two frontrunners, but, all in all, there was little daylight between the four candidates where foreign policy was concerned. 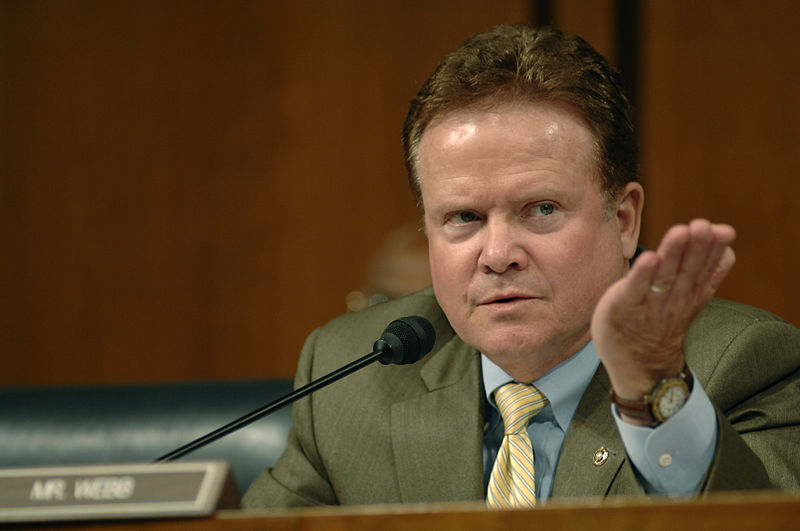 Then there was James Webb, a former one-term senator, former assistant defense secretary and Navy secretary for President Ronald Reagan, and Vietnam War hero. It was clear, especially when the subject turned to foreign policy, that Webb was the true outsider on the Democratic side.

For example, here follows his analysis of the mess in the Middle East.

“Look, let’s start — I’ve been trying to get in this conversation for about 10 minutes — let’s start with why Russia is in Syria right now. There are three strategic failings that have allowed this to occur. The first was the invasion of Iraq, which destabilized ethnic elements in Iraq and empowered Iran. The second was the Arab Spring, which created huge vacuums in Libya and in Syria that allowed terrorist movements to move in there. And the third was the recent deal allowing Iran to move forward and eventually acquire a nuclear weapon, which sent bad signals, bad body language into the region about whether we are acquiescing in Iran becoming a stronger piece of the formula in that part of the world.”

Not many people on the Republican side, with the exception of Jeb Bush, whose brother launched the war in Iraq, would disagree with that assessment. However, the real foreign policy problem that focuses Webb’s attention is in East Asia, specifically China. He would say “–to the unelected, authoritarian government of China: You do not own the South China Sea. You do not have the right to conduct cyber warfare against tens of millions of American citizens. And in a Webb administration, we will do something about that.”

Jim Webb would be the perfect Democratic candidate if the year was 1960, the last time the Democrats nominated a war hero who favored a vigorous foreign policy. But the Democratic Party has moved on and has left people like Webb behind. That is too bad, as the Democrats could use a diversity of opinion that it now sorely lacks.

For instance, one gets the impression that President Webb would not have agreed to the Iran nuclear weapons deal.

“I believe that the signal that we sent to the region when the Iran nuclear deal was concluded was that we are accepting Iran’s greater position on this very important balance of power, among our greatest ally Israel, and the Sunnis represented by the Saudi regime, and Iran. It was a position of weakness, and I think it encouraged the acts that we’ve seen in the past several weeks.”

On the other hand, when he listed what he considered the greatest foreign policy threats facing the United States, he neglected to mention Vladimir Putin directly.

“Our greatest long-term strategic challenge is our relation with China. Our greatest day-to-day threat is cyber warfare against this country. Our greatest military-operational threat is resolving the situations in the Middle East.”

The prospect of Webb being nominated for the presidency on the Democratic ticket is a very low probability event. But, perhaps, he has a spot as National Security Advisor in – say – a Ted Cruz administration.