While Americans have been transfixed by our own presidential election campaign, something of a political earthquake has taken place north of the border. The Conservative Party that has governed Canada for the past ten years under Prime Minister Stephen Harper has been unceremoniously given the royal order of the boot. Justin Trudeau, the son of the popular Pierre Elliot Trudeau, has been swept into power with a Liberal Party majority. Young, in his mid-40s, but looking much younger, Trudeau ran on a platform of “change” as well as a great deal of cash for a Canadian election and tens of thousands of volunteers. 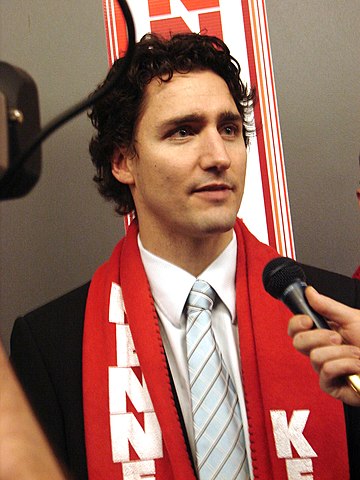 Many political observers are now comparing the Trudeau family to the Kennedys. That may be an unfortunate comparison, as the younger generation of Kennedys has failed to measure up to the founding generation of Jack, Bobby, and even Teddy. Justin Trudeau will have to do quite a lot to live up to the legend of his father, who governed Canada from 1968 to 1984 with just a brief hiatus in 1979-80.

In any case, the younger Trudeau more resembles the current president of the United States, Barack Obama, than any scion of the Kennedy clan, in both style and substance. He ran on the theme of the new and the young replacing the old and the stodgy. Just as with Obama in 2008, it worked brilliantly.

Trudeau’s agenda, as much as can be determined, resembles that of Obama as well. He means to replace Stephen Harper’s austerity regime with economic stimulus through government spending, running up the Canadian deficit. He would cut middle-class taxes and raise taxes on the rich. He will admit more Syrian refugees to Canada.

Unlike Harper, who was a climate change skeptic, Trudeau is a full-bore believer that if something is not done, the Earth’s temperature will rise with catastrophic effects. This belief is likely to be reflected in Canadian public policy. Look for a lot of green energy spending, something that certain of Canada’s provinces are already engaged in. Infrastructure projects will be evaluated through the lens of how they might affect the pace of climate change.

On the other hand, Trudeau is in favor of the Keystone XL pipeline, a stance that is anathema to most environmentalists.

It is a safe bet that Trudeau’s program of stimulus spending and environmental regulations will have the same effect in Canada as it has south of the border. It will exacerbate and lengthen the economic slowdown that has afflicted America’s northern neighbor.

Trudeau, barring another political earthquake, will be in power when Obama’s successor is sworn into office. The next president may well be a right-of-center Republican. How a left-wing Canadian prime minister will deal with that reality will be interesting to see.

Are Hedge Funds failing to deliver?
No Lego presents for Christmas? (Lego Shortage)